"What has been made, can be made better."

Arachnae is a single minded decepticon medical officer with dreams of research glory. As a Chinook helicopter, she flies wounded out of battle areas to repair facilities, where she sometimes makes unauthorized alterations to them. In robot, she is an unassuming slim shape usually bent over some project or fallen comrade. She is able to perceive minute details about a person, and uses this knowledge to her benefit, sometimes to the detriment of the wounded. Unfortunately, her insatiable curiosity leads her awry and gets her into predicament after predicament.

(Yeah the above is outdated, the player is well aware of that. You'll all live.)

Got Ko'd in that battle.

beating the snot out of Motormaster for the above.

Was a member of admin for an extended period of time which ended in 2008 (she still says she was suckered into it :> ).

It is the year 2011, Arachnae currently has no planned returns to the land of IC activity as Arachnae on a permanent basis. One shots maybe. I, the player see this character as outdated and as so much has changed with the game, I feel that I have outgrown her. ,...

Well, it looks like she's on and off the grid these days.. :)

I've got over 300 of these things. And am missing at least that many due to PC crashes. If you think I'm going to edit them all, you're seriously fragged. Might do a few that spotlight other characters like Upgrade Rps and the like.

Some logs have been added by a rogue, non-Arachanae, log-adding person.

Don't know who the rogue non-Arachanae is, but Arachnae thanks the other log person.

Only the original applicant has played this character. Started in 1996. 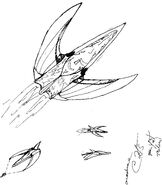 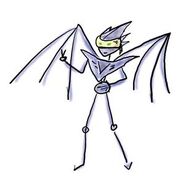 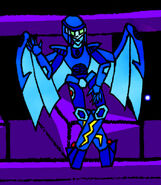 Add a photo to this gallery
Retrieved from "https://transformers2005.fandom.com/wiki/Arachnae?oldid=33711"
Community content is available under CC-BY-SA unless otherwise noted.