A sweet, kind, and loyal Autobot to her friends, Arcee is also a merciless, lethal warrior to her enemies. Her intelligence, quick wit, and coolness under fire make her invaluable to the Autobot cause. She is very protective of Daniel Witwicky.

Arcee's an expert hand-to-hand combatant and sharpshooter. She is armed with two blaster pistols in her robot mode. Her vehicle mode is equipped with anti-personnel weapons in the form of shrapnel launchers and tire spikes. Arcee's concern for Daniel Witwicky sometimes causes her to take excessive risks in order to protect him.

Arcee keeps her origins largely secret due to not wanting her long-time friends, associates and mentors to suffer retaliation at the hands of the Decepticon forces. However, the long-time Autobot freedom fighter been known to claim a pre-war past in the Tyger Pax region of Cybertron.

In 2035, Arcee switched to the Intel department, and over the course of many missions, eventually attained the rank of CO. When Elita One was critically injured in a battle to defend Retoris, Arcee made a lateral department transfer to become the Military CO. 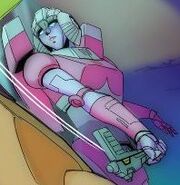 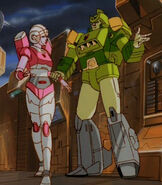 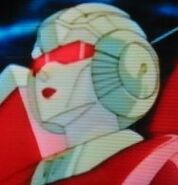 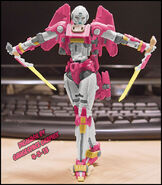 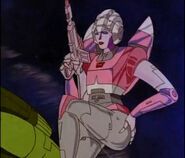 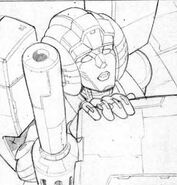 Arcee by Dan the Art Guy