The Autobots' main base of operation on Cybertron is Iacon. On Earth, they're based in Autobot City, on the outskirts of San Francisco. They as a whole fight not because they want to, but because they have to. Autobots that have motives based on hatred of the Decepticons or a simple desire to "blow things up" will have a hard time fitting in. 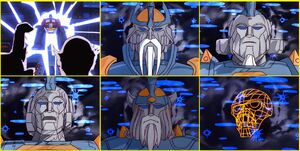