Blitzwing's ability to transform rapidly into his three modes makes him one of the most effective Decepticons, but also gives him a slightly rebellious nature. Known for his cruel sense of humor...has a reputation as being loud-mouthed, belligerent, and brash. Flies at Mach 2.7, range 1500 miles, and fires heat-seeking concussion missiles as a plane. As a tank, has a track-mounted cannon that fires explosive shells 3.5 miles. In robot mode, uses electron-scimitar and gyro-blaster rifle. Often gets stuck mid-transformation.

Who Let Him In?

Blitzwing just showed up one day on Earth in 1985. He's been a pain in the ass ever since. 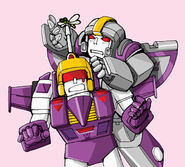 Cue up some NWA, Soundwave. 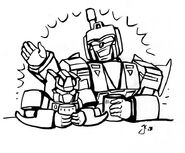 99 problems and they're all glitches, ha ha! 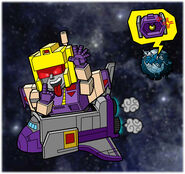 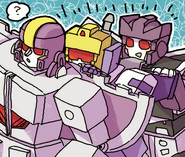 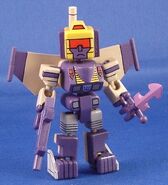 The number of logs on this page... 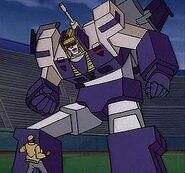