So you want to create an Original Character (OC)? Great! This page will give you everything you need to know!

Firstly, look at the concepts listed in Overdone. Some are "rare" and some are outright "reject" material.

This is one of the more subjective parts of the application. "Transformery" is hard to define, but usually it's easy to tell when a name is NOT "Transformery".

Every character needs a name. What kind of name it is depends on the species of your OC. Name ideas can be seen on the OC Ideas page.

Make sure your origin doesn't conflict with anything in Cybertronian Creation. Also, in general "keep it simple". It's good to keep in mind that the less detail you include in your background, the less likely it is to include something "wrong".  There are times where writing up a good, solid background will help you.  These cases includes, but is not limited to, applying for rare concepts, Triplechangers, restricted effects, abilities, damage-levels, etc.  If your OC's concept is simple, it's good to keep it simple.  If your OC's concept is off the beaten path, then it might be a good idea to focus on fleshing this out more.  There are also some helpful notes in the original characters section of the application. When in doubt talk to a Character Staffer!

All three of these things show up on your character's +finger which is probably the first impression most of the players will have of you. So make them good! Make them so good that people CAN'T WAIT to roleplay with you!

Character functions are nouns. WARRIOR, GEOLOGIST, BANKER, RECONNAISSANCE, MEDIC, and ENGINEER are good examples. Functions aren't gerunds ("spying"), infinitives ("to kill"), or phrases ("Whatever he wants"). These are good examples of what not to do. A function is your IC job or occupation. No more.

Please use only your character's primary focus as its function. A function of "WARRIOR AND MEDIC" for example just does not look right. Use only your main area of expertise.

Your character's quote is its mantra, motto, and general "I am me" statement.

"A stitch in time saves nine" or "Saturday night's all right for fighting" are not good examples of quotes, unless you happen to be a Junkion.

Your character's note is more or less a brief biography of your character. It is not your total life's history, nor is it a paragraph of what you look like. A note should be written in the third person present tense (i.e. "Soundwave is a walkman", not "I am a walkman" or "Soundwave was/will be a walkman".) and should follow this general outline:

When including weapons, special abilities, or skills in the note, one should be aware of what coded attacks or abilities the character actually possesses.

Transformer: 2005 MUSH has recently upgraded their stats/abilities/combat system, so bear with us as pricing may change. For now, this file pertains only to new Original Characters (OCs) and those OCs who are going through the conversion process.

Because of their relatively-inexpensive altmodes, typical Autobots are cheaper to build than typical Decepticons. In the interest of encouraging the standard body types which help make the setting familiar, we offer "discount packages" on the most numerous Decepticon body patterns. These make it more practical to build a standard Decepticon who remains competitive with the standard Autobots in spite of the thematic obligation to spend more points on the altmode. Package Decepticons have restrictions on their concepts and future upgrades to encourage them to remain standardized: 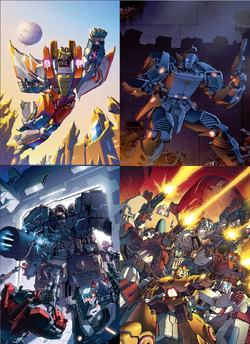 * A full listing of abilities and their costs is available on this page or by typing !combatinfo ability on the MUSH

Attack Name This can be pretty much anything you want! Try to make it unique to your character if it is his or her "signature" ability/attack.

Note that you can not have a custom attack name that starts with or matches the name of one of the free global attacks (type !globals for a list of these). For example, you can not have a "Ram" attack, or a "Ramming Speed" attack, because either one would conflict with the "Ram" global. 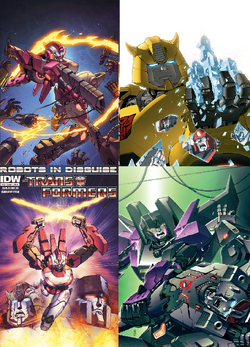 These types of attacks are "rare" and will receive heavy scrutiny:

These types of attacks are extremely rare and require majority approval from the Wizards:

If you want to get the AMMO effect on one or more of your attacks, you will need to read this.

Attacks with the AMMO Effect do not cost energon when used in a fight. Instead they deplete a limited store of ammunition. If you've ever played Battletech or its derivatives, the advantages and disadvantages of this system should be immediately apparent to you: mechs built to use a lot of energy weapons have to manage their heat, but they also have plenty of heat sinks. Mechs built to use a lot of munitions don't have to worry about heat so much, but they can run out of ammo and they have very few heat sinks for what lasers they do have.

That's all! Most of the time, anyhow. Continue if you want to get a little fancier with it.

You can choose to increase or decrease the amount of munitions you get with your attack. (Also known as "bin size")

For the purposes of demonstration we are using the example attack from earlier: A Level 6 Ranged "Missile" attack. As we all know by now, the default ammunition amount for this attack is 10 - 6 = 4, and reduces your maximum Energon by 10.

For a discount of 25% off the cost of the attack (rounded down) you can get a half-bin (2 rank 6 missiles). This reduces your maximum Energon by 5 instead of 10.

For a discount of 50% you can get no shots at all, which means the attack won't be usable unless you already have another attack that uses the same ammo (in either mode), in which case they'll share the primary attack's bin (see below). Your energon max remains the same.

Attacks that share an ammunition bin must total to the same CP value. For example, a level 6 ranged ballistic attack (6 CP) and a level 3 ranged ballistic attack with the Shatter effect (6 CP) could share the same ammunition bin, but a level 6 ranged ballistic attack (6 CP) could not share an ammunition bin with a level 4 ranged ballistic corrupt attack (8 CP). In order to share bins, designate one attack with a non-zero bin as the primary, and one or more attacks with empty bins as the secondary or secondaries. For instance, Crash buys a short-range-missile rack in his car mode, but decides that he also wants to be able to use these same SRMs in his robot mode. He doesn't want two separate bins as sometimes there are advantages to being in one mode or the other, so he would like to be able to access his full stack of SRMs in either mode. Crash buys a full bin of six level 4 rockets for 4CP in mode2. Then he buys an empty bin of 0 level 4 rockets in mode1. Because the mode1 attack is an empty bin, it only costs him 2CP. He tells the charstaffer that his mode2 "SRM Rack" attack is the primary, and the mode1 "SRM Rack" is the secondary, both using the "SRM" ammo type. Now he has a shared bin! He can fire all six short-range-missiles in either mode. He loses 10 points of maximum energon capacity.

Let's say that later on, Crash decides he wants to be able to launch gyro-disruptor missiles from the same rack, in his car mode. He decides that he doesn't want to increase the size of the rack; he'll keep the same six-shot capacity, but add something new that it can do. He buys a level 2 cripple attack in mode2 which he names "Gyro Missile" with an empty bin. This costs him another 2CP ((2+2)/2). Because the attack value is still 4 (2 plus cripple) it can share the existing bin, so the ammo type is "SRM." He names this as a secondary of the original mode2 "SRM Rack" attack.

More time passes, and Crash decides that he wants to expand his missile rack further. He gets Perceptor's help and Perceptor invents a version of his SRMs which has the guidance system simplified in order to make room for more explosives. He wants to be able to launch these variant missiles in both modes. Crash decides that he needs to make his rack bigger now that he's got all these nifty missile attacks, so this time he's going to expand his total shots. Crash buys a level 6 inaccurate "Heavy SRM" attack in both robot and car modes. Both of these attacks have an empty bin, so they cost just 2CP each ((6-2)/2). Now, to expand his rack, he has two options. He can increase it by a half bin, or by a full bin. A half bin would give him 9 tubes in his SRM rack, a double bin would give him 12. He decides that 9 is still plenty, and buys an additional half bin on his PRIMARY attack (the mode2 "SRM Rack," if you recall). This costs 75% of the full cost of that attack. Since the full cost is 4, he pays 3CP to increase his rack size.

By paying double the normal CP/AP cost you can get a double bin (8 rank 6 missiles). The double bin reduces your Energon max by an additional 10 (20 total).

The Transformers world is full of aliens and TF2005 MUSH is no different. With the exception of Quintessons (see below), aliens are applied for in this "catch all" category. Aliens are judged a little more harshly than humans of similar power level, partly to make sure they are within theme, and partly because aliens are not factioned by default. This is especially the case for aliens of a canonical species not already represented by other characters. Dubiously canonical species will be examined skeptically. Entirely "original" alien species not represented anywhere in the canon are forbidden.

Some ideas for OC Generation can be found in the following pages: