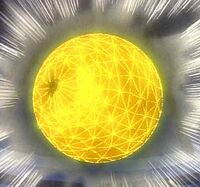 Unique Transformer bodies can be created from scratch only by very highly-skilled technicians and medics. Such construction is a long and painstaking process, which determines the Transformer's physical capabilities and weapons, as well as alternate mode(s). The most difficult portion of the construction, creating the laser core, can be accomplished only by a very few (ex. Soundwave, Hook, First Aid). The laser core is a crystalcircuitry matrix that holds a Transformer's core personality programming and sentience when programmed. Once initially set, it becomes nearly impossible to modify in any predictable way, and most any modification attempts will cause serious, possibly permanent damage.

Some shortcuts for building bodies are available. For instance, wrecked bodies litter much of Cybertron's surface, and using one of these as a base frame can make the construction easier. Laser cores are also occasionally reusable, although only if they have been more carefully preserved. Both factions have some number of "dead" laser cores - inactive and without personality, but still intact - in storage.

It is possible for extremely skilled technicians to create a somewhat limited personality by using a simplified laser core and partly "copying" some of the personality information from other Transformers. The Quintessons have mastered this method to create their hordes of semi-sentient Sharkticons. Soundwave uses this method to create his cassettes, but all tapes so created have at least one major personality flaw. The Dinobots were created in a similar manner by Wheeljack and Ratchet, producing their primitive personalities.

In addition, both sides also have preserved many "live" laser cores - ones whose personality is still mostly intact, but in stasis/shock due to the destruction of the body. These laser cores can be "recycled" into new bodies. The memories of the "past life" will be retained, though they can be intentionally wiped.

The possible origins for a Transformer personality thus include:

Most characters on the MUSH will ICly have been created sometime between 8 and 4 Million BC, a period when the creation factories were more numerous and accessible and the resources for building bodies were more plentiful. Younger characters will need to explain how their faction managed to scrounge up the resources to create them and how they got taken to a creation factory. Older characters will need to explain how they managed to survive such a long and bloody era with an outmoded form.

New characters should explain in their origin/background where they have been recently. On assignment elsewhere in the galaxy, unconscious/buried somewhere on Cybertron, stranded somewhere, hiding out, etc. are all acceptable possibilities. You can also claim to have "been around" all the time. You should also explain how/why you have now either become more visible and/or reappeared if you were gone.

You do not have to run a TP introducing your character to the MUSH, although such TPs are encouraged if they can be done relatively easily (since otherwise you'll be sitting OOC waiting until it can be run).

Brand-new characters (i.e., characters created entirely from scratch just now) are relatively rare, because of the time, expense, and effort involved in making their bodies and the difficulty of getting them personalities. Applications for such characters must go into detail about how they were created, and TPs for the introduction of such characters are preferable.

Retrieved from "https://transformers2005.fandom.com/wiki/Cybertronian_Creation?oldid=30354"
Community content is available under CC-BY-SA unless otherwise noted.