"Compassion is the Autobots' downfall."

Cyclonus is a huge and emotionless air warrior. He has vast resources of power and can draw strength in direct proportion to his need. Cyclonus is equipped with nuclear-powered turbine engines which enable him to reach speeds greater than Mach 2. In robot mode, he carries an oxidating laser that fuses an enemy robot's internal mechanisms. Cyclonus has no weaknesses and no interests other than conquest.

Reformatted by Unicron from some dead Decepticon into Galvatron's loyal second in command! 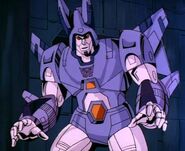 The fire of faith shall purge you of your sins! 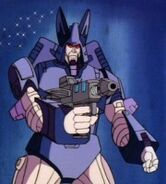 It's /MY/ turn to polish Lord Galvatron! 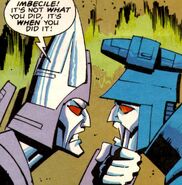 The one thing robot beards are good for. 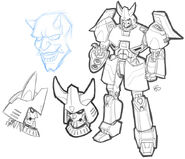 An even /COOLER/ alternate mode! Some guys have all the luck. 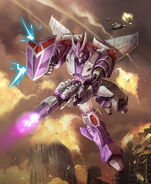 Bathe in His Glorious Light or DIE!

Shockwave, are you sure these steroids are safe? 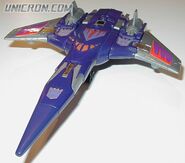 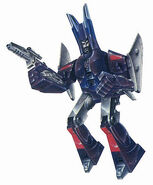 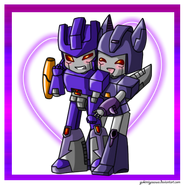