"The greatest torture One can inflict upon another sentient being is to give them a taste of freedom, and then simply take it away."

Note: Inquisitra is not insane. She is eccentric, she is cruel, violent, bloodthirsty, devoted and serves the Decepticons out of respect for their leader, Galvatron. She is undyingly loyal to him, and uses her superior knowledge of interrogations and torture to benefit the Decepticons, or merely to amuse herself. She contibutes to the Empire using forms of persuasion and psychological warfare, and her ability to concentrate and organize her voices to impersonate those of any other she has heard enables her to further her non-combat usefulness. Though she prefers to avoid battle, she is not entirely helpless. In her Robotic mode she carries a shoulder-mounted duel-barrelled rocket launcher and napalm blaster and fights best in close range where she can use her sharps to their fullest advantage: even better is when her prey is down. Her electrically charged body rewards physical offenders with a strong and painful pulse that doubles as a torture device when necessary. In her helicopter mode she is a heavily armored Battlecopter designed for air attacks and quick escapes but also carries a rocket launcher and flechette gun. Her secret third mode is a hovering alien-looking craft capable of air, sea and land operation. 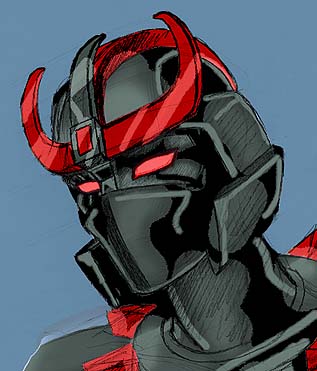 Retrieved from "https://transformers2005.fandom.com/wiki/Inquisitra?oldid=15435"
Community content is available under CC-BY-SA unless otherwise noted.