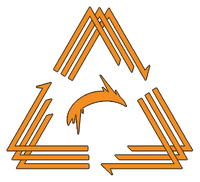 The Junkions are from the planet of Junk, which was found during the year 2005 by several Autobots. They are offshoots of Transformers, and have been so for over ten million years. Their transformable bodies are essentially made up of junk. This has the disadvantage of being made of an array of substandard, haphazard, and technologically inferior parts. The advantage is many redundant systems, and the ability to jury-rig themselves with a minimum of spare parts with the +fixme command.

When creating an OC Junkion, it shouldn't be forgotten that Junkions are mainly -junk-. They are not funny looking Autobots. They are a Cybertronian offshoot with 10 million years of differing development. Junkions are made up of less technologically advanced materials. This is why most are cycles. Jets, spaceships, and other complicated vehicles are usually too sophisticated for their bodies. Gestalt tech and large-scale subspace manipulation are beyond their technology. Still, the Junkions' redundant systems tend to make them extremely resistant to damage. Their biggest technological achievement was Cineplex, their transformable city, but she was killed in a battle with Trokius, the Quintesson city-former.

Wreck-Gar currently leads the Junkions, as FX has stepped down.

When their creator disappeared, the Cybertronians were on their own for the first time. All their needs were met, and their only motivation was the impetus of their basic programming and their fascination with the worlds beyond their own planet. One small group of Cybertronians, members of the sanitation detail, were more motivated than the rest. They were programmed to enjoy the constant contact with junk that their duties required, but the other Cybertronians preferred their world orderly. When Cybertron's erratic passage through space brought it near a deserted world that was covered with the detritus of a lost civilization, this group of sanitation workers took the opportunity to leave order behind and create a world that suited them. When Cybertron moved on, this small group was left behind, and spared from the millennia of slavery and warfare that followed on Cybertron. Thus, they retained the similar basic design and the placid, content natures that they were created with.

The refugees from Cybertron came together to survive on their new world, banding together as an independent group. Because their lives and society revolved around junk, they named their planet Junkion, and themselves the Junkions. As time passed, the collective became more structured, and an informal leader arose. He was Vidicon, a neutral who had left Cybertron along with the other Junkions, and he had proven himself to be a bright scientist with a knack for solving problems. The 'government' was more like a Woodstock festival: no worries and no rules, just lots of fun and friendship. Junkion was peaceful, and things looked like they would stay that way.

But in the midst of the partying, there was a renegade named Scraplex who was jealous of the respect that Vidicon received. Scraplex decided to leave the surface, and went underground with a few thousand followers. Just before he vanished, he promised that one day, he would return...

After colonizing this new world, the Junkions quickly developed their own form of Energon. This steady supply of power allowed them to create a new generation of Junkions, who thrived on stories about the past, eagerly taking their places on Junkion and making the Junk planet into a home.

Scraplex kept his promise, returning around 8.5 million years BCE and touching off the Great Junkion Wars. These battles ravaged the planet, tearing it apart over a period of many years. The Junkions themselves were also changed by the experience, which colored their outlook on the world and the direction of their research. The surface Junkions developed the technique of the "Junk Dive", where they bury themselves in piles of scrap and use it for camouflage and protection before launching a surprise attack. The balance of power shifted back and forth between the surface and the underground, with times of calm interrupted by bursts of intense fighting.

Another advance in technology allowed the Junkions to rebuild their bodies from the junk that littered the surface of their world. This allowed them to work together with the planet they were fighting for, and to speed up their repair times by using whatever materials were at hand. This advancement was matched by the forces of the underground, which became a stepping stone for the next burst of hostilities. Scraplex released a plague of Cyber-Maggots, which devoured all junk. Unfortunately, he lost control of his creation, which began to attack any junk in sight. He and his followers fled to the underground, leaving the plague for the surface Junkions to fight.

As the maggots ate away the planet, Vidicon worked ceaselessly in his lab, searching for a solution. Weapons were only semi-useful against them, and cutting them in pieces only increased their numbers. The planet was in danger, and the Junkions with it. Their world was literally crumbling around them. Finally, a cure was found: a new goop that was actually discovered in a chemical accident. It was named JunkyGoo, and when it was sprayed across the surface of the world, the cyber-maggots were killed. The goo also seemed to have restoring powers, speeding up healing even further (it was later used on Ultra Magnus in Transformers: The Movie).

Though the world was saved, Vidicon was still angry. He took a team of his best Junkions into the depths of the planet to find Scraplex. Those he left behind expected them to return soon, but that day never came. Instead, a series of earthquakes rocked the remainder of the planet. Scraplex had expected Vidicon's mission and had set charges that buried them all alive. The wars were over, and calm settled across the world, but the price was high.

In this new time of peace, they chose a new leader: a wise old Junkion who had been among the original exiles from Cybertron. Since ancient Cybertronian had been forgotten, the original meaning of his name was lost, and he was called X-Gar. As the Junkions drifted, strange shuttles dropped more trash on their world, but none stayed long enough to recognize that it was inhabited. When the Junkions finally accepted that Vidicon was gone, they opened his lab once more and found that he'd left them a message. A primitive hologram generator flicked on and displayed a message to all of the Junkions. Vidicon's image urged them to carry on his work, and told them about his last discovery. When the Junkions supplied power to Vidicon's last invention, buttons and lights around the room began to flash, and the sounds of alien voices boomed through giant speakers.

The Junkions were receiving transmissions from across the universe. They adapted these transmissions into their speech patterns and played games with them as they tried to figure them all out. Soon, they had a new way of speaking, and their lives and planet were transformed. They listened to the transmissions instead of working or fighting, and the planet was allowed to slowly regenerate itself from the junk that was being dropped there by passing ships. Still, no one knew about the Junkions, as they seemed to be an extension of the Junk that was already there.

X-Gar and the other Junkions continued their work on Vidicon's invention, continuously improving and expanding it. It spread its web across the planet, until it no longer even resembled the original small receiver. All the Junkions can now enjoy this form of 'entertainment'.

X-Gar was old when he became the Junkion leader, and around 2 million BC, he decided to pass the leadership to Wreck-Gar. Though Wreck-Gar was a party animal, he also took his responsibilities seriously. Over many years, he made sure that the planet was repaired enough to keep it from falling apart. In the process, the planet was built into a giant receiver to harvest even the faintest transmissions.

Early in the twentieth century, they recognized a new kind of data coming from the Sol system. They fed on this new music, assimilating it into their culture and paying close attention to its planet of origin. Data from this planet, Earth, began coming in more frequently than before. Finally, they picked up a new kind of transmission: visual data. Junkion culture flourished. They adapted their language and developed their culture around the television, and watched every transmission they could get their optics on. With this overload of data, the Junkions had a compulsive desire to do almost nothing except watch TV. They tried to watch it all, but as the number of programs grew, they had to prioritize. Many began to choose favorite genres and programs. But as long as they had TV, they were happy.

Gradually, Cybertron was all but forgotten, though legends of the great Junkion Civil War remained. So when Junkion finally came back into contact with the Cybertronians, Wreck-Gar thought that they the evil Junkions from the underground had managed to return. He prepared his troops, watched as Galvatron hunted down the Autobots, and then attacked. But when Hot Rod offered them the Universal Greeting, they saw that the Autobots were not evil after all, and joined with them to defeat Unicron. Since then, the two factions have been allies, though understanding between them is not always perfect.