Start a Wiki
Disclaimer: This is for the folk that want to sprinkle a little bit of realism in their TPs, and anyone who's just looking for ideas beyond a simple punchy-kicky conflict. It serves as an optional reference (of course) for military terms and tactics. I researched and summarized as best I could, and tried to think up example scenarios or scenes that had already taken place. I left particularly strategies and warfare types out, if they didn't fit the MUSH environment (like psychological warfare). Naturally, Cybertronians would probably have different names for some of these. 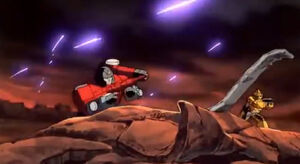 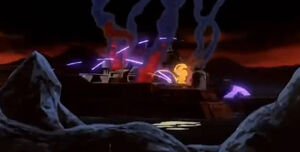 Retrieved from "https://transformers2005.fandom.com/wiki/Military_Tactics?oldid=36443"
Community content is available under CC-BY-SA unless otherwise noted.