"Doushita no? Why are you running away?"

Pong is Dee-Kal's pet CassettiJunk. Created as a birthday present by Monstereo, he is dark purple with a white stripe along his head, back and tail. Pong is smart but lazy, much like a cat. He definitely isn't a cat. Pong has a secret weapon but, much to his confusion, everybody - even strangers - already seem to know what it is and where it is hidden. Transforms into a C90 cassette. Prone to loose tape which can jam the playback mechanism of whatever he's slotted into. This isn't much of a problem these days. He can also double as an MP3 player. Like all Junk cassettes he has a data storage ability with a casual capacity of 50 PB*.

Pong started life as a laser-core that Dee-Kal tripped over, during the building of the Technobots' new base at the Old Maintenance Centre on Cybertron. As her Mom was an expert with such things, Deek handed it over for analysis. After careful cleaning and preparation, they discovered it was indeed still functional. Testing revealed an animal sentience, but several aspects of behaviour and programming were missing. This was due to various knocks and jars over time, plus the amount of time spent dormant without power.

Further analysis and comparison with other sparks suggested that the creature was highly inquisitive, playful, prone to laziness and slightly territorial. Monstereo recreated the corrupted files, included an ability to understand Japanese (downloaded from the internet) and a liking for 1980's style pop music. He also included a powerful secret defense system for emergencies. Being a Cassette specialist, he naturally created a tape altmode for the new Junki-critter. Pong's creature mode was chosen from a book on American forest creatures.

Pong was accidentally named by Wreck-Gar after a test of the defence system...

*His max data storage is estimated at 500 PB (petabytes).
This includes footage of every Weird Al polka ever recorded. 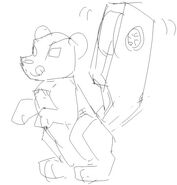 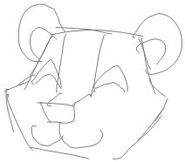 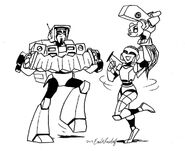 Junkions love to play!
Add a photo to this gallery

Pong is played by Pong

Retrieved from "https://transformers2005.fandom.com/wiki/Pong?oldid=21464"
Community content is available under CC-BY-SA unless otherwise noted.