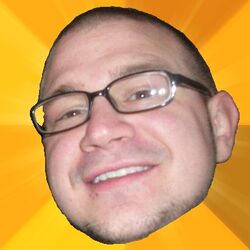 Dinobut has been this player's 'moniker' for as long as he can remember, it originates from his older brother's dislike for the Dinobots in the original 1986 cartoon movie and Rattrap's insults directed at Dinobot in the 'Beast Wars' show. He's popped on and off of the Mush scene since 1997, mainly seeking refuge in the numerous Beast Wars MU's of the time; but sadly left his RPing behind to finish High School and start college. He's returned to the fold now, having dropped out of college many times. He's back in school.. they say third times the charm!!

Recently, good fortune has seen fit to give Dinobut (also known as Mogden) an heir to his.. umm, prestigious fortune? Well, he inherited some good looks at the very least. And an insatiable hunger for all things comic books related.. we hope.

Most widely known for playing the MUSH's resident mascot of idiocy, he's also created a loner and loudmouth. Will one day create Bravestar, his homage to Star Saber from the Transformers: Victory series. Has a man-crush and bromance with Jstarr.

Has been dared to play every FC available on the MU at least once by Torque's player.. not saying challenge accepted, BUT it currently stands at 37/198 for played versus total number of MU FCs.

Community content is available under CC-BY-SA unless otherwise noted.

Ranked #1
on this wiki